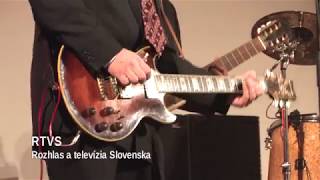 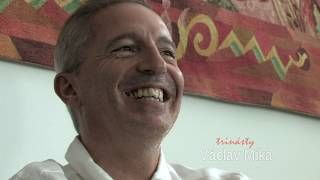 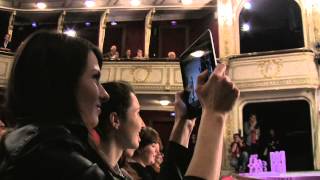 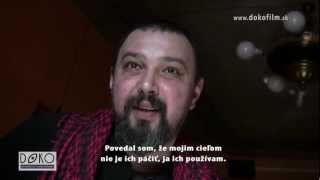 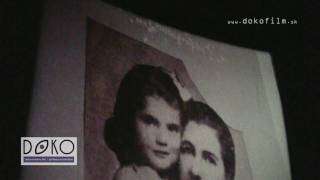 Yipee: A Journey to Jewish Joy 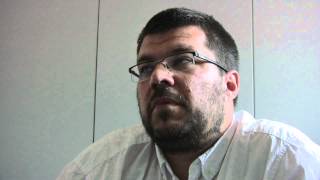 The Tale of Nicolai & the Law of Return 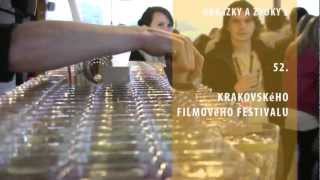 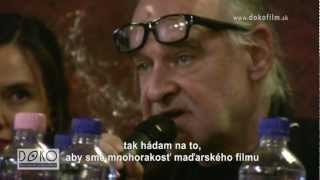 One of the undeniable assets of this mature and carefully elaborated study is the multiplicity of the virtually inaccessible documentaries whose complete cataloguing would call for a research effort that one might deem beyond the grasp of a single analyst. A successful classification of the films alone would require a truly Benedictine sacrifice and dedication. Yet, it is only on the basis of such a catalogue that one may undertake the task of writing a history of documentary cinematography in the former Yugoslavia. The second type of approach to a problem this extensive, is performing an analysis of the films from a selected perspective. However, the Author managed to effectively combine these approaches, thus creating a sufficiently capacious system which allows for the conducting of a multi-faceted analysis of multiple film examples. In situating the collected material in the context of the ever-throbbing and multi-dimensional problem of identity, Magdalena Tutka-Gwóźdź proved successful in encompassing a wide array of documentaries without compromising the multitude of political perspectives which need to be considered in the aftermath of the SFRY dissolution. This approach prompted the Author to include in her studies also the productions that were less elaborate artistically. Nonetheless, a careful reader of Shattered Mirror - the Problem of Identity in the Post-Yugoslav Documentary will be able to "separate the wheat from the chaff", relying on a short mini-analyses of the documentaries presented therein.

Meriting the highest praise is the remarkable mental discipline and consistency with which Magdalena Tutka-Gwóźdź probes the problem of identity in the context of the post-Yugoslav documentary. The preliminary chapters serve the Author as a very apt introduction into the basic problem of identity discourse, in which culture acts both as a mirror to identity transformations that have taken place in the face of wars and conflicts in the former Yugoslavia, as well as the ground for their "induction", which usually occurs in the spirit of a particular political bias or tendency. An irrefutable advantage of the study is the fact that these culturally specific phenomena are placed in the context of contemporary research on identity. In presenting them, the Author refers to the most distinct and timely concepts from the fields of psychology, sociology, gender studies and philosophy, without succumbing to the temptation of simplification.

Among the most important cultural phenomena intrinsic in the study area, Magdalena Tutka-Gwóźdź lists "nationalisation of culture, neofolklorism, the universality of the myth as a narrative strategy in the national discourse, sacralisation of history which triggers instrumentalisation of religion." As far as the theories of identity are concerned, the Author classifies the following as "basic categories": individual, collective, national, ethnic, religious, and gender-related, while the categories considered to be characteristic of "the era of liquid modernity" embrace the local and mobile identity, the identity in crisis, the narrative identity and the identity of the threshold. Each of these phenomena is presented by the researcher in a clear way without placing emphasis on any of the particular issues described or any of the views and tendencies posed. It is only in such a delineated context that one may entertain a reflection on the role of the documentary in the process of identity reinterpretation. In order to further unfold it, the Author conducts an analysis of more than two hundred documentaries from the years 1991-2009 (but mainly produced before 2007); the examples thereof discussed in the study are “representative for a particular type of identity”, but the research also included “some films beyond the scope of his typology which, however, are characterised by their great originality in tackling the subject matter” (p. 81). The study problem itself was formulated as follows: “Firstly, is a documentary, when treated as being a genuine text about post-Yugoslav culture (which has been undergoing intense transformations after the year of 1991), merely a reflection of an identity image existing beyond its framework, or is it one of the factors responsible for its formation? Secondly, is the nature of this image described by a finite formula, or is it of an externally affected processual character?” (p. 82).

The films are ordered primarily according to the factor of various identity types as prevailing therein and represented in different ways. The image of identity shown in the "shattered mirror", as constituted by the analysed documentaries, although formed within a culture majorly affected by the influence of ethno-nationalistic propaganda, blends smoothly into the "landscape" of contemporary transformations of a universal nature. The presented films primarily exemplify the polemics with arbitrarily imposed model of identity, constituting proof of continuing quest, creativity and commitment of the directors and producers, including the important role of the documentary in the studied context. In discussing the multiple functions of the documentary film, Magdalena Tutka-Gwóźdź emphasises their role in developing the necessity for an intercultural dialogue, the idea of which is not foreign to many groups of intellectuals in the former Yugoslavia, but deserves a "promotion", which seems to be undertaken by the Author in the final parts of the book. At the same time, she is striving to maintain a dialogue with the reader, introducing certain questions which aim to inspire them to familiarise themselves with the following parts of the text. Once again, this also serves to prove the striking transparency of her work’s structure, the clarity of argumentation, and last but not least, the attempts she undertakes at verifying her own research hypotheses that ought to be treated as a paragon of perfection and a reference point for other analysts.

Magdalena Tutka-Gwóźdź also pays all due attention to the problem of "memory of the images", focusing especially on the film Photos from the Corner (Slike sa ugla), directed by Jasmila Žbanić, which is actually a key work in this context, performing “an act opposite to the vulgarisation of suffering, which may serve as a specific form of catharsis, as stated by the Author on page 279, in spite of the practices often committed by foreign journalists who reported on the war in the Balkans.

The filmography, although encompassing a considerable compilation of documentaries, as for the first study of this type, is not free of certain shortcomings. The Author does not mention such productions as, for example, My Yugoslavia (Moja Jugoslavija) by Miroslav Nikolić, or The Joy of Life (Radost on zhivotot, 2001) by Svetozar Ristovski, which are quite significant in the context of the problem of identity tackled by her in the study. In the chapter on "The Identity of the Threshold" the great absent is a film composed of five parts - a documentary Through the Border (the Polish part was directed by Paweł Łoziński, the Czech one by Jan Gogola, the Slovak one by Péter Kerekes, while the Hungarian part was directed by Robert Lakatos, and the Slovenian one, entitled Choreography at Sea (Koreografiija na morju), by Biljana Čakić-Veselič). However, bearing in mind the extensity of the study material successfully interpreted by the Author, these gaps seem to be more of an incentive for a further development of the subject on other occasions. A separate advantage of her work is the virtually unbelievable precision with which she relates all the data of the analysed films. Moreover, the monograph contains invaluable historical information that is usually absent from most film studies.

A further irrefutable forté of the book authored by Magdalena Tutka-Gwóźdź is the painstaking attention she pays to the musical fabric of the analysed documentaries, which she invariably portrays with great sensitivity, proving her exceptional insight into the matter. A trained musician herself, the researcher proves to be a laudable critic of film score composers and sound designers, who are frequently overlooked in documentary film reviews and analyses. Particularly meriting a mention, as an example of excellent analysis of the relationship between the visual and sound layer of the documentaries on the Romani people, is the chapter on ethnic identity.

In presenting the publication of Shattered Mirror - The Problem of Identity in the Post-Yugoslav Documentary, I hereby wish to recommend it as a scientific work, as well as a worthy read for lovers of the culture of the studied region, and experts and enthusiasts of documentary cinematography. However, presumably the most valuable appraisal of the work shall be provided by "the voice of the milieu", that is the collective response of the directors, promoters and recipients of the post-Yugoslav documentary. To a large extent, this monograph is an attempt to respond to a reaction on the part of the documentalists to the slogan of “identity” posed by the Author - a reaction which was so enthusiastic that it exorbitantly outgrew her expectations, both in terms of the volume and the scope. What remains to be said is to simply hope that this book, as the crowning of hard work on this broad and multi-dimensional problem, will be met by the readership with an equally keen interest.